Behind the Scenes of our Senses: Vision

Color, shape, location. Seeing is an exercise in specialization. 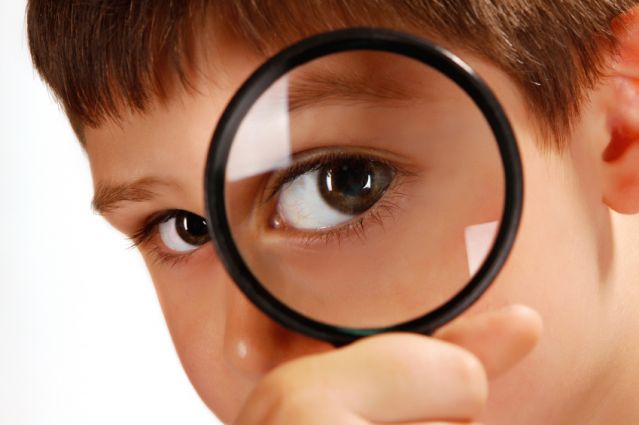 We did a little science experiment at dinner the other night. My son Matthew looked at a glass in front of him then reached out to touch it with his forefinger. Gently and precisely, he made contact with the side closest to him. Then I had him pull his hand back and I covered his left eye.

He reached out just as before, but this time when his finger touched the glass, he bumped it a little harder and a little clumsily, sending the glass scooting an inch further along the table. 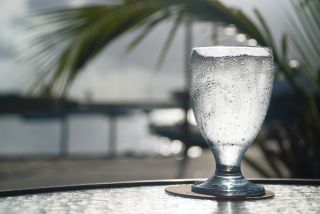 Try reaching for a glass of water with one closed.
Source: iStock

Monocular vision is what happened. With only one eye to work with, Matthew had lost his depth perception, in which the brain compares the information coming into each eye, and uses the difference to locate objects in space.

Our experiment highlighted a crucial fact about vision: The whole is greater than the parts, but we are generally fooled into thinking otherwise—that there aren’t any parts helping us see the big picture. By that I mean that the glass, the table, even the restaurant we were sitting in didn’t look noticeably different to Matthew through one eye rather than two. Nonetheless, his perception of all of it had shifted.

That’s because the image that comes into our eye is broken down into its component parts like a piece of furniture that has to be taken apart for shipping then reassembled for use. The pieces of the image—its lines, colors, movement and precise location—are processed by the relevant parts of the visual system, and put back together again as the face of our loved one or the glass your mother is using for her party tricks. Miss a step along the way and you see the world less accurately. 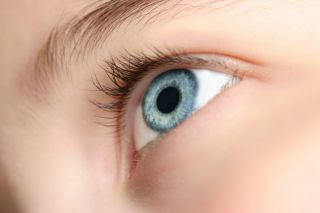 Light enters the eye through the pupil, a hole in the iris that appears to be black because light is absorbed behind it. The photoreceptor cells in the retina at the back of the eye are the first example of specialization. The roughly seven million cone cells respond to color and shape and give us our high-resolution vision in daylight. The more than one-hundred million rod cells respond to size and movement, but they don’t see color. Sensitive creatures of the night, rod cells are capable of distinguishing subtle contrast between greys, and prevent you from tripping over the dog in the dark.  In both types of cells, light triggers a chemical change and converts into electrical signals that then travel along the optic nerve to the occipital lobe in the back of the brain where vision is processed.

From there, the streams of information telling us what we’re looking at are thought to diverge along two separate paths. One, known as the ventral or “what” pathway, processes what we’re seeing: it’s shape, color, and defining characteristics.  The other, the dorsal or “where” pathway, concerns itself with where something is. The most refined and influential version of the “what” and “where” pathway theory was put forward by vision scientists Melvyn Goodale and David Milner in 1992. They distinguished the streams according not only to the input each provided, but also to their relevance to the behavior of the viewer, proposing that the “what” pathway concerns perception and the “where” pathway concerns action.

Other researchers have since applied this duality model to hearing and language. It’s possible that it represents a basic organizational principle in the brain. Or maybe not. Still others say the idea of a pathway is too linear and that vision (and everything else in the brain) operates according to a “patchwork” approach in which different areas can be activated in whatever order is needed.

Either way, seeing happens not in the eye but in the brain. Just how true that is became evident in the 1960s in the research of David Hubel and Torsten Wiesel. After establishing the physiology of normal vision in adult cats, they asked what happens as vision develops and what happens if there’s a problem. Working with kittens, they sutured shut one eye or both eyes at different stages of development. (Science can undoubtedly be cruel.)

What they found was that if the cats’ eyes had been deprived of vision during what they called a “critical period” (usually called a “sensitive period” today), the cat was thereafter effectively blind in that eye, even though there was nothing technically wrong with the eye. The damage was in the brain, and it was so obvious that the first cat they released fell off the table in the lab. “That is something,” wrote Hubel, “that no self-respecting cat would do.” In the brains of the animals, they found that if one eye had been closed, the part of the brain that would normally have been devoted to that eye was co-opted by the other eye. Like a vine growing into the neighbor’s yard, the good strong growing eye took all the light and the space.

Matthew is lucky enough to have two good eyes. But he needed to use every bit of specialization his visual system had mastered to do something as simple as touch a glass, to perceive its color and edges and distance from him. After I explained why, he laughed and said: “I’ll never look at the dinner table the same way again.”