What Exactly Does Lead Do to a Child’s Brain?

The educational stakes are high for lead-poisoned kids in Flint and elsewhere.

The water crisis in Flint, Michigan has put lead back in the news. By now, anyone who’s paying attention must know that lead is a potent neurotoxin that can permanently affect a child’s ability to learn. But I suspect very few understand what it is exactly that lead does to a child’s brain. How else could politicians like New Jersey Governor Chris Christie claim that the situation is “overdramatized?”

Let’s be really clear about this. Once a child ingests lead, whether from paint or water or some other source, it gets absorbed into the bloodstream. It bullies its way into the red blood cells, where it begins a biochemical version of clipping wires and flipping switches, throwing off the efficient machinery of the cell. It interferes with mitochondria, the part of the cell structure responsible for producing energy. It disrupts the tree-like formation of dendrites, which conduct impulses to nerve cells. It disturbs the myelin sheath surrounding nerve fibers. And it interrupts the production of heme, the iron-rich pigment without which hemoglobin can’t do its job of carrying oxygen through the body.

From the bloodstream, lead is carried to the bones (where it takes the place of calcium, to which it is chemically similar) and to the soft tissues. There it is stored—hidden but ominous. Unlike some metals, lead has no known health benefits. As lead builds up in the body, only harm ensues. 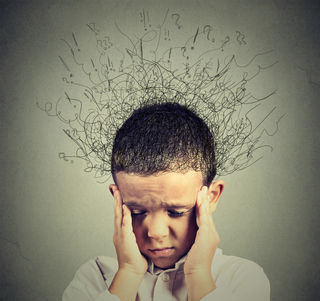 People have been using lead for thousands of years and we have known that lead is toxic for almost as long. For most of that time, however, people believed that the metal was only harmful in high concentrations. Now we know that lead does damage even in small amounts.

That was first shown in the 1970s, when a group led by pediatrician and psychiatrist named Herbert Needleman, who was then at Harvard University, published a seminal paper in the New EnglandJournal of Medicine. Needleman collected thousands of children’s baby teeth and measured the amount of lead in them as a way of assessing cumulative exposure. Then the children took neuropsychological tests. Teachers (most of the kids were in first grade) also filled out questionnaires about classroom behavior.

The results were clear. Children with high lead levels performed significantly less well than those with lower levels on the IQ test, particularly verbal items. They were less competent in areas of verbal performance and auditory processing. Their ability to sustain attention was clearly impaired. And classroom behavior suffered; they did significantly poorer on nine out of eleven items on the teacher evaluations.

By 2000, there had been eight major prospective studies on lead conducted around the world. Six of the eight resulted in evidence of a harmful effect of lead at very low levels. Researchers, led by Bruce Lanphear, then a professor of children’s environmental health at the University of Cincinnati, decided to pool the raw data and recalculate the results. Seven of the eight principal investigators agreed to participate.

Again, the results were a powerful indictment of the effects of lead exposure. The pooled study combined data on 1333 children with a mean blood lead level of 12.4 micrograms per deciliter (at the time the CDC level of concern was 10 micrograms). The new analysis showed a decline of 6.2 IQ points for an increase of ten micrograms of blood lead. Furthermore, it showed that the steepest decrements in IQ—that is, the biggest step changes—came at the lowest levels of exposure. So, for instance, the differences between 1 and 7 micrograms per deciliter might be greater than the difference between 11 and 17.

This kind of science informed the 2012 decision by the Centers for Disease Control to lower what’s now called the “reference level” for lead to five micrograms per deciliter of blood. That’s the warning sign that action must be taken, the alert that a child’s health is at risk.

The situation in Flint has reminded us that lead exposure is still happening all over the United States. There are more than half a million American children with dangerous levels of lead in their bodies. How can we expect children to learn if we do this kind of damage to their brains?

Parts of this post were adapted from my book, Toxic Truth: A Scientist A Doctor and the Battle Over Lead (Beacon Press).